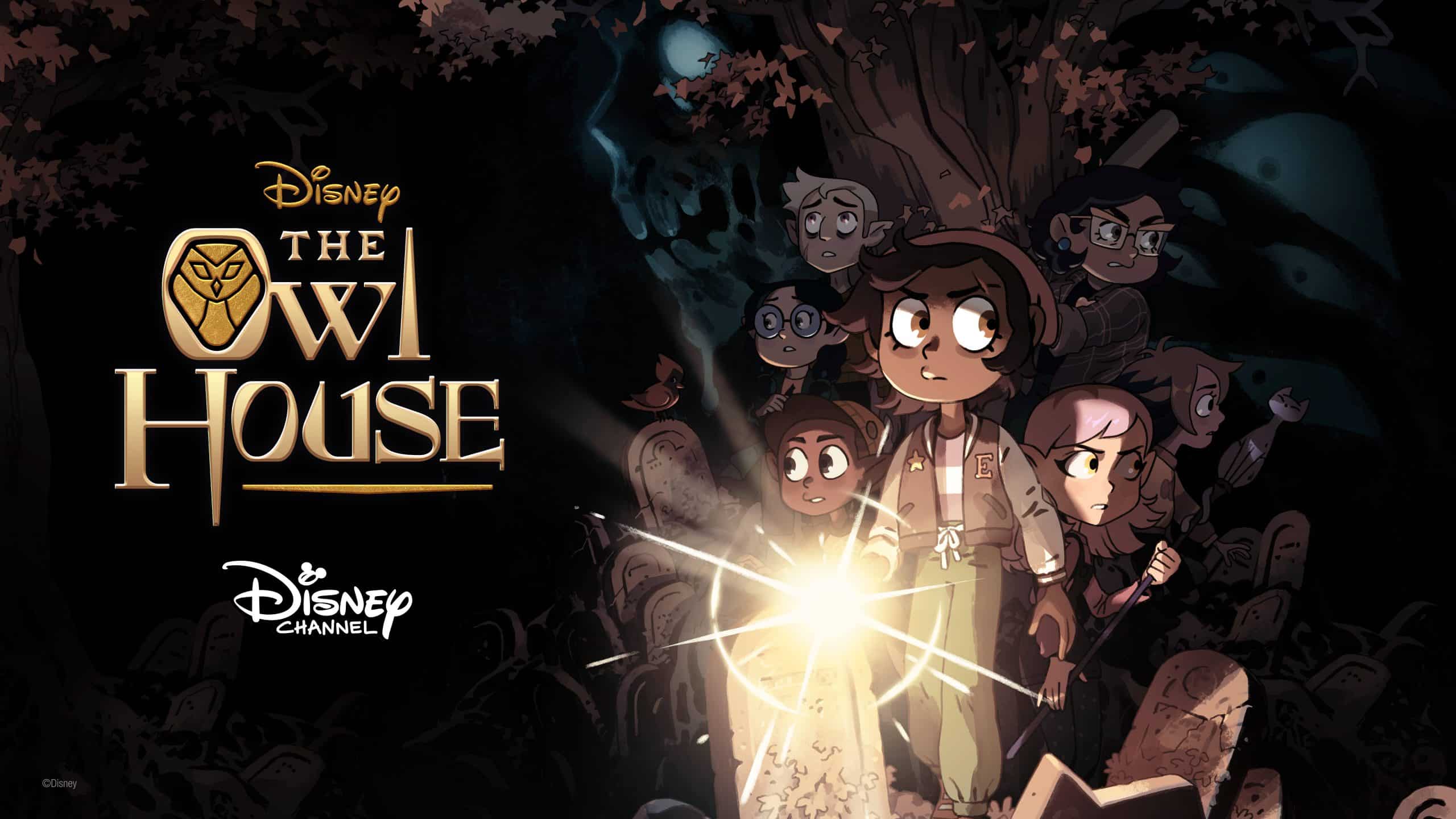 Amidst a sea of disrespect towards animation, exemplified during the Oscars’s controversial statement, and a slew of lost jobs, as seen with HBO Max’s cutting of 20+ animated shows, Disney is somehow proving to be the best place to be if you’re an animator. This can be seen with, obviously, their vast amount of surely successful animated movies, but they have no shortage of acclaimed shows: The Clone Wars, The Proud Family, Kim Possible, and more recently Gravity Falls, Wander over Yonder, and Amphibia. One of these, and out of them the only one not having finished, is Dana Terrace’s The Owl House.

The show, released in early 2020, follows Luz, a 14-year-old girl who leaves the human world, which doesn’t accept her, for a magical place called the Demon Realm that does. There she falls under the tutelage of Eda the Owl Lady, learns magic, and makes friends, enemies, and discoveries far beyond what anything back at home offered. The main cast is full of a wide array of personalities, from the adorably sinister, small, and scruffy creature that is King to the annoying yet lovable bird-tube thing called Hooty and (being introduced later on) Luz’s school friends, who are as charming and quirky as she is, and many of the lessons the show teaches are applicable for anyone at any age. To not give too much away, the first season primarily shows off the world of the Boiling Isles and develops the characters associated with it, while the second season is where the plot really kicks off and stakes are raised.

As episodes progress, themes and events mature and become darker, making it perfect for older audiences who enjoyed shows like Gravity Falls, Avatar the Last Airbender, and Adventure Time in their younger years. It also handles these themes with grace and respect, as especially with the ones of child abuse, bullying, and familial grief are written mindfully and realistically, while not becoming so overwhelming and dramaticized to the point of potential insult. When I first began watching it, being recommended it by a friend, I was over the moon, having never resonated with anything so much or hard before, and that feeling has not changed since.

If you’ve heard about the show, it’s likely been through news of its explicit showcasing of a relationship with two girls; the protagonist, Luz, and her rival-turned-crush-turned-girlfriend Amity. There were hints of crushes on both sides in the first season, and season two made many viewers elated as they became official girlfriends. And, as of late, there have been several instances of non-binary representation with the show’s characters. Many people thought things like these would never be shown on Disney Channel, especially while not shrouded in ambiguity and deniability; there’s a reason they’re infamous for having several “first gay characters”.

The creator reported that the third season, which she previously thought was guaranteed due to the show’s success, had been cut from 20~ regular episodes to three 44 minute specials. This was because of The Owl House “not fitting the Disney brand”, according to Terrace, and coincidentally was publicly announced around the time Luz and Amity became girlfriends. This had been seen before with similar shows, such as a gay relationship in Gravity Falls not being able to be revealed as canon until the show finished in fear of Disney rejecting it, as well as Star vs. the Forces of Evil being told to remove a trans flag cameo from an episode. Naturally, many fans, and even those who didn’t watch The Owl House but knew of it, saw through this statement and were outraged. Quickly-trending hashtags and petitions were made to try and save the show, but the crew confirmed nothing could be done at this point, and so fans waited in apprehensive excitement to see where the show would go next.

Fortunately, this proved to have some benefit.

The latter half of the second season began, which started airing around six months after the first, and instantly fans were given reason to be excited. It was around this point in the plot that things began to pick up, and for lack of a better term, shit was approaching the fan. While, as expected, some of the plot was more rushed, the fanbase universally acknowledged this was due to the preemptive cancellation, and supported the show nevertheless. In protest, many fans pirated the show, but kept the hashtags trending and officially-posted clips (sometimes full episodes) of the show high in views to show support directly. The weeks of the second-to-last and final episodes saw the show trending on Twitter consistently. Clearly, the company was mistaken in their choice to not continue the series as planned.

In the lull between season two’s finale and season three’s premiere, Terrace answered some fan questions, including how the cut impacted the direction of the show overall. In response, rather than remarking on the anguish the decision brought, she noted how it made her decide to include, without giving too much away as it is a big plot twist, a then-new and now-beloved character to be the BBG (big bag guy) as seen in the second season’s finale. With this in mind, fans have voiced their curiosity about what else might have been changed from Terrace’s original vision. Even so, the final product is much beloved, and viewers waited with baited breath for the new season.

And two weeks ago, as of writing this, “Thanks to Them”, the first 44 minute special, premiered. To give the bare-bones of it, it follows Luz and her friends after the events of season 2’s finale to try and make things right again, with there being several light-hearted and funny moments but also many serious and mature ones.

During its airing, “TOH SPOILERS” was at the top of Twitter’s trending page, and continued to be for the rest of the weekend. I am in heated discussion about it with my friends, and don’t think I’ve fully processed it. To preserve some air of mystery, all that will be said is that it both warms the heart and stomps on it, puts a band-aid on it, and runs over it with a scooter before tucking it into bed. As with some of their other successful shows, the episode was posted to the Youtube channel, and as of writing this article has reached over three million views. For context, the channel has over seven million subscribers.

Undoubtedly, the people in charge of the show’s fate had made a grave error in judgment in their belief of what would be best for the brand. While no official statement has been released about the exact reason for their decision to cut it, it is easy enough to guess that they likely wish they had just left The Owl House alone. Fans with the same sentiment, albeit for definitely not the same reason, have high hopes for the remaining two specials. After all, and as many in the fanbase have said, “what are they gonna do, cancel it more?” I fall under this group, and while I have been and will continue to mourn all that we missed out on, at the same time I appreciate what we have and hope for the show to finish just as strongly. And, in the future, for the company to realize a little representation and diversity won’t kill them. 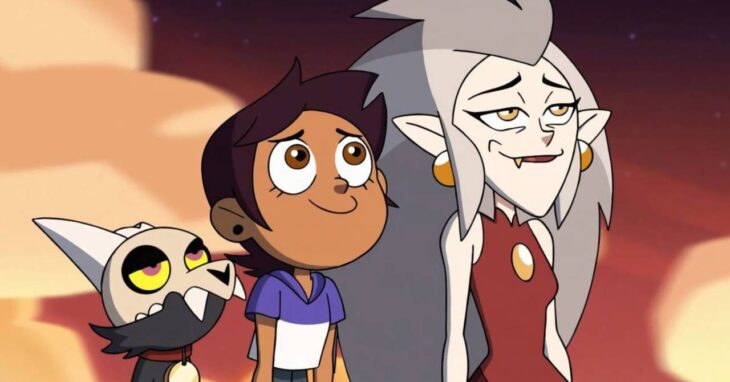 Mia Berrios is an undergraduate at Rowan University, and majoring in English with a minor in creative writing. She's interested in many different parts of pop culture from video games to movies, as well as in writing and editing.